Interactive and suitable for buggies

Not a cloud in the sky. The sun is shining. A perfect day for a hike with the whole family in Serfaus-Fiss-Ladis! Visitors can look forward to hiking trails suitable for buggies, interactive themed trails and adventurous excursions through the forest.

Five of the themed family trails in Serfaus-Fiss-Ladis are suitable for buggies – perfect for an excursion in nature with the itty-bitty ones. If your little explorers are a little older already, they’ll enjoy Wode Park or the Fisser Gonde Natural Trail. A puzzle or play stop at every turn and plenty of opportunities to romp about – what could be better? There’s no chance for boredom in the Tyrolean mountains!

Sounds almost too good to be true for a holiday with your little bundles of energy? Then find out more about the themed family trails in Serfaus-Fiss-Ladis!

Did you know? Some of the themed trails have an accompanying app, which makes them even more interactive and entertaining for kids. Just download the app and experience the fun!

The Golden Man Trail starts at the Children’s Mine on the Schönjoch at 2,436 metres above sea level. The mission on this family hiking trail is to put an end to the greedy gnomes’ workings with your knowledge about nature. The Golden Man will thank you.
Get to the radio play of the trail. 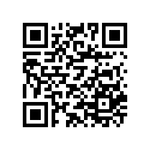 On the Murmliweg trail at the Komperdellbahn mid station, hikers can go on a journey of exploration to the secret dwellings of the Murmli mascot. Interactive adventures with sleeping bears, screeching owls and talking root-men await the whole family.

On the Six Senses trail, everything revolves around perception and its various forms. Both the little and grown-up hikers’ senses are sharpened. Alongside seeing, hearing, feeling, smelling and tasting, you get to experience illusions. Breath-taking scenic view points along the way and the positive sensory impressions at the play stops comprise the concept of the Six Senses – Experience Trail.

Ready, steady, … grab a puzzle booklet at the tourist information office – and off you GO to the top station of the Sunliner! That’s where the Family Adventure Trail awaits you and where little adventurers can demonstrate their skills and knowledge. This hiking trails offers great experiences in nature for all ages.

Numerous locations, five senses – surrounded by rugged cliffs, delicate flowers and enchanted forests. Nature awakens your body, mind and soul. At the Fiss Energy & Senses Trail, encounters with different Tyrolean power places play a central role. Hikers get to experience how their senses are stimulated and how the body can find its inner balance. You should try it out yourself!

Trails that are marked as suitable for buggies can be accessed with a baby buggy because of their sufficient widths and solid surface.
However, you should be aware that you are out in the mountains. So we recommend:

Mountain hikes for the whole family

The Fisser Gonde is located between 1,820 to 1,950 metres above sea level. This natural landmark above the Möseralm stretches across 40,000 square metres. That’s where a beautiful themed family trail with 25 stations starts: the Fisser Gonde Natural Trail. Above the Skyswing and Summer Fun Park Fiss, eager little hikers are going to find the entry point to the spruce high forest. A historic mountain trail leads nature-loving family members through the Fiss mountains. Marvel, discover and experience – that’s your to-do list for the following one-and-a-half hours!

A waterwheel at the beginning of the Wasserwandersteig shows how the power of water was already used in the past for mills and sawmills. The trail continues past the “Wave” to the “Water Curtain”, with the “Water rides” and the newly designed “Giant spring” following thereafter. “Water drops” invite you to pause and rest at  the millstream. Hear the melody of the water which adapts precisely to the mood of the listener. Depending on how you feel, it can sound happy, placid or even sad . The stream flowing past is the accompanying orchestra with the millions of falling water droplets as its musicians. Beyond the Tuff Grotto’s “Fanggaloch” cave, the trail continues to the Sulphur Spring, which gets it red colour not from sulphur, but rather from a high content of iron, giving it a distinctive smell. The Sauerbrunn Spring is located at the end of the trail. Records dating back to 1571 already mention the coming of strangers and princes from South Tyrol, Switzerland and Bavaria to use the healing power of the water. Even today, water from the “Tyrolean Sauerbrunn" is used to treat diseases of the kidneys, liver, intestine, stomach, as well as respiratory congestion, asthma, etc. The water is available to buy in bottles and can also be tasted on site at the spring.

The Tierlehrweg (Animal Theme Path) is a comfortable connecting trail from the Frommes Alp over the flat Windles meadows to the Gample roundabout trail – or in the other direction. Information boards tell you all about local wild animals and make the walk especially interesting for children. It is also the ideal addition to the birds of prey station and to the red deer pen on the Frommes Alp.

Tip: Surrounding the Neuegg pond in Ladis, you’ll find the Wode Park – an adventure park surrounding a giant called Wode. You’ll be amazed by the oversized ants, worms and snails there! Read more …

Once upon a time, Stone Age men used to throw themselves on their stomachs on the ground to pick up the scent and read the traces of the animals they wanted to hunt. Detectives and inspectors used a magnifying glass to track down evildoers. Nowadays, there’s geocaching with a smartphone, QR code and lots of technical intricacies. Take your kids on a modern-day scavenger hunt!

The new and interactive adventure park for elder kids is a transfer of the Geocaching into a playful form. At the beginning you download an App with free WIFI to your smartphone, and then off you go. Your screen shows you your current position and your next target on an aerial photo. At every station you receive new codes to type into your smartphone. The goal is to follow the tracks of Mr Petz to finally find the secret of the mysterious Bear treasure.

The starting point of theWo-Bä-Lu Cache (Wolf-Bear-Lynx Cache is the tourist information office in Fiss, where you can find everything you need to know about the adventure on an information board. The GPS-guided treasure hunt can be regarded as a "tribute" to the animals that used to be indigenous to the high plateau. The cache leads you out to the Wolfsee lake area, where young and old alike can follow in the tracks of the four-legged original inhabitants. They will rummage in a bear cave, sneak through lynx territory and explore the wolves’ den on their own initiative. After their successful day, assiduous geo-cachers will in turn receive their reward in the form of a lapel pin at the Fiss tourist information office.

Discovering the history of Ladis in a playful manner. Sounds fascinating? Well, it certainly is! So grab your smartphone and let’s go – on an interactive scavenger hunt in Ladis with the whole family! The app can be downloaded from the app store. The various points are shown on an aerial image. Find the stations and the respective codes and get closer and closer to the goal!

A field full of milk cans and a crystal-clear lake amidst the Tyrolean mountains. That’s the starting point for the geocache at Hög Adventure Park. Equipped with a paddle boat and a smartphone, you can go on a hunt for the lost gold coins. So start pedalling and be sure to make use of the underwater telescope, too. Let the geocache at Högsee lake begin!

Read more about which other attractions are waiting for little and grown-up hikers at Hög Adventure Park!

For all those who love themed family trails: Austria’s most famous children’s book author Thomas Brezina has turned three adventures in the mountains of Serfaus-Fiss-Ladis into interactive hiking trails! Find out more … 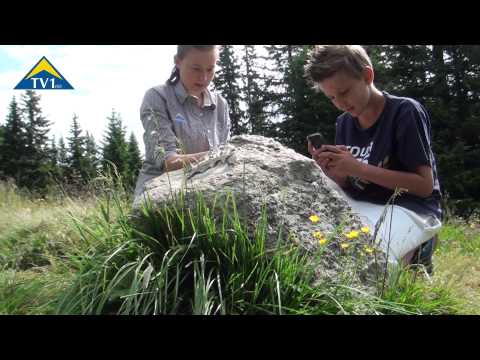 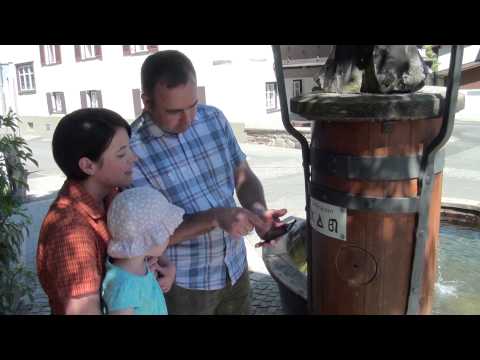 overview of all Themed trails

To the login / registration

the new digital service of the Serfaus-Fiss-Ladis region

your present for every occasion

Register for the Newsletter and do not miss any information.